Deputy Secretary of the Civil Chamber of the Russian Federation Sergei Ordjonikidze is elected the Chairmen of the 5th session of the Forum on Business and Human Rights, which will take place on November 14-16 in Geneva as a part of UN Human Rights Council 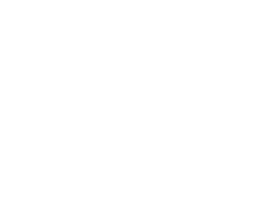 The Forum is the major international platform for the multilateral dialogue on the business and human rights. During the discussion at the Forum the participants representing the state authorities, business community, international corporations, and NGOs will focus first of all on the examples of positive practice in the provision of human right by the business as well as the experience of implementation of the UN guiding principles on human rights and business.

The Palace of Nations construction was launched in 1929 in Geneva. This set of buildings was constructed within 9 years. For a long time it was used as the residency of the League of Nations, but already since 1966 the building turned into the UN European headquarters – one of the most important residences of the international organization after the head office in New York. The UN European headquarters are situated in Geneva, in the middle of Ariana Park. 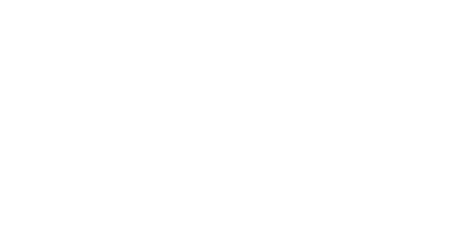 The OCHA of the UN, UNCTAD, UN for industrial development, FAO, UNESCO, and IAEA regional offices are also here. Each year Geneva welcomes the public officials of different countries for the discussion of important issues. About 600 major international conferences and over 7,000 different meetings are annually carried out at the UN European headquarters. About one hundred thousand tourists come to Geneva each year to admire its architecture and they do not mind visiting the closed halls of the Palace.

Building construction
As soon as the League of Nations appeared in 1920 it at once became necessary to construct a monumental building for its meetings. The tender for the best design of the complex construction was carried out. But there were so many worthy designs that the jury failed to select the final winner. In the result five best architects were suggested working out a joint design of the building and its architecture. The winners turned out to be the representatives of different countries and they tried to unite the architecture of different peoples and epochs in the created building. In 1936 the better part of the League of Nations employees, who were earlier scattered in different places, were transferred to the yet incomplete building in Geneva.

The counties being the members of the League provided the materials for the building interior decoration. The time capsule with the copies of the League of Nations constituent documents, the list of all countries being its members, and the coins of these countries was installed in the first stone of the building foundation. But by the moment of the construction completion the activity of the League of Nations was already not so successful and soon it was dissolved.
As soon as the Palace of Nations became the UN European headquarters several outbuildings were constructed for it. For example, D building was constructed to temporary place the WHO, and E building, which construction was completed in 1973, later became the special complex for conferences. The current length of the UN European headquarters in Geneva is about 600 m. This architecture monument successfully holds over 2,500 offices and 34 conference halls.

Geneva architecture and the UN headquarters
The Palace of Nations building, in which the UN European headquarters are situated, perfectly fits the architecture of Geneva. But it needs modernization. Some experts, including Sergei Ordjonikidze being the UN Office in Geneva CEO, state that the building renewal will cost USD one billion, because even the architecture of the building outer lining requires several changes. Geneva needs this money to support the due state of the building holding the UN European headquarters.
Till now the Palace of Nations is considered to be one of the most elite and beautiful buildings in Geneva. It is a wonderful piece of Geneva architecture, to which special attention shall be paid.
Latest news
Online Round Table "Overcoming the challenges of the pandemic. A women perspective"
23.09.2020
Civil BRICS Forum 2020 starts in Moscow
24 июня 2020 г.
June 24, 2020 in Moscow on Red Square, a military parade was held in honor of the 75th anniversary of Victory in the Great Patriotic War of 1941-1945.
All news
Upcoming events
November 20, 2019
Other Dimensions: New Names in Modern Painting
20 October 2019
Russian employment practices for people with disabilities will be presented at the UN in Geneva
September 7 2019
Exhibition “Private Museums of Russia. Nuggets of Russia” Moscow, Sokolniki Museum and Educational Complex
All forthcoming events
Recent publications
February 22 2019 г.
Digital economy for the equals among the equals
S. Lavrov
Sergey Lavrov’s article "Russia’s Foreign Policy: Historical Background" for "Russia in Global Affairs" magazine, March 3, 2016
A. Kadakin
Alexander Kadakin, Ambassador Extraordinary and Plenipotentiary of Russia in India – it is the unique phenomenon of the XX and XXI centuries
All publications
To become a member of BRICS Alliance platform
You have to determine, in which capacity you want to take part in the work of this platform. It all depends on your own initiative and competence.
More details can be found here